Who is the owner of NDTV | Wiki

Company, Owner, Satellite Television
What Is NDTV
New Delhi Television Limited or NDTV, a global Television Media Company from India. Get to know Who is the owner of  NDTV. Know about the company and NDTV owner details. NDTV is widely known for its Hindi News Channel NDTV Indian and also by its English News Channel NDTV 24×7. 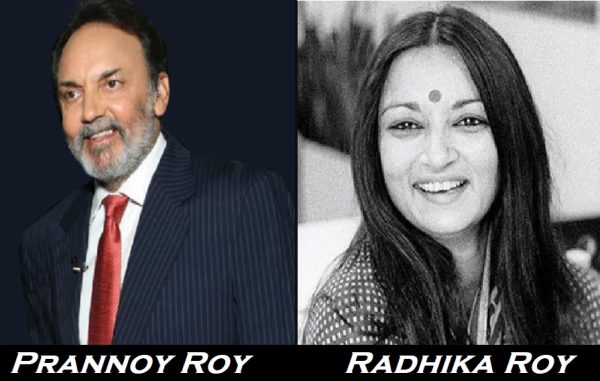 New Delhi Television Limited or NDTV was incorporated in the year 1984. The Media conglomerate, launched by a journalist from India, namely Radhika Roy. Lately, Radhika Roy’s husband Prannoy Roy made a disclosure stating that he joined the company weeks later it was found.

The company started with a half hour show under the freedom for newsmen, which laid the foundation of many media and events in India from NDTV and also from outside the company.

Radhika Roy, previously called Radhika Singh was an Indian Journalist. She held more than 10 years in the printing news media and later in 1987, she laid the foundation of television media for journalism. She headed the company for more than 25 years.

Full Information about the owner of NDTV

Radhika Roy, co-founder of NDTV, had more than 10 years experience in printed journalism from the top newsmakers, namely The Indian Express and India Today.  From 1988 till 2011, she was the managing director for the company NDTL.  Eventually became the co-chairperson and also the executive director for the same.  Radhika Roy, mostly a private newsmaker who was hardly interviewed and seen before the camera.

Prannoy Roy, co-founder, and co-chairperson of NDTV, husband of Radhika Roy. He is a journalist from India and a well known Media fame. Qualified as a British Chartered Accountant. Further, he holds a Ph.D. in Economics. His grandfather, namely  Paresh Lal Roy was known as the father of Indian Kick Boxing.  Prannoy Roy and Radhika Roy are school friends. Moreover, a cousin of Arundhathi Roy.

Prannoy Roy had made his debut involvement in other channels including Doordarshan and for BBC World News.  In addition, he helped the Indian government’s Ministry of Finance by acting the role of Financial Advisor. Among the Indians who served on the International Advisory Board of Council on Foreign Relations held in Washington, he filled a seat with his presence in there.

Ms. Suparna Singh, the current Chief executive officer of NDTV. She took charge from December 2017.  Moreover, she is the editorial head of NDTV.  Qualified with Masters in Press, Television, and Radio, Film.

Saurav Banerjee, the co CEO of NDTV from December 2017. Saurav is responsible for auditing, financial management, reporting and other major operations. He works closely with CEO for overseas financial alliance and tax management too.

Full Information about the NDTV India

The first Indian English News Channel NDTV 24×7 was founded by Prannoy Roy. Presently, they are the most watched in terms of news and lifestyle channels in India. Even their internet sensation for news is a hit in India and also globally.

NDTV 24×7, the only Indian News channel broadcasted in a wide range of countries including UK, USA, Australia, New Zealand, Canada, South Africa, Mauritius, Middle East,  and most of the SAARC Countries.

Current Channels under the company NDTV,

And NDTV also laid the foundation for several public campaigns including:

Moreover, NDTV Worldwide continues in supporting the local news channels to grow around the emerging cities. Fifth Gear Auto, the automobile review portal has been a great following in bike and cars.

Finally, the NDTV is the top viewed Indian Channel, leveraging the Indian Election news in no time with the best perspective. In fact, this award was generated by The Broadcasters’ Audience Research Board (BARB).

Show More About The Owner of NDTV India
Less

Who is the owner of IndiaMART | Wiki

Who is the owner of Tecno Mobile | Wiki