Who is the owner of Flipkart | wiki

Flipkart India Pvt. Ltd., incorporated in October 2007, as a private limited company. Formerly known as Flipkart Online Services Pvt. Ltd. The company, founded by Sachin Bansal and Binny Bansal. Initially started as a bookstore for Indian customers. The company is headquartered in Bengaluru.

The company started with $6,200. The cost  was only to develop the website. 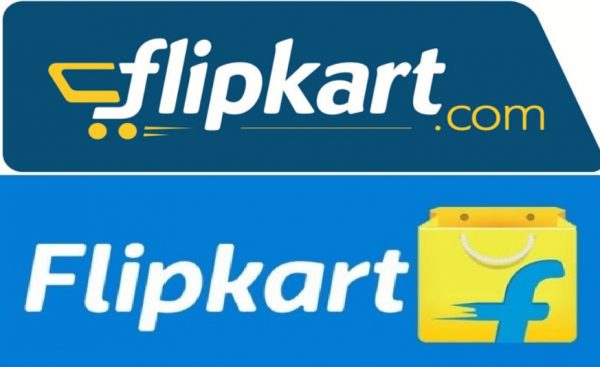 Full Information about the owner of Flipkart India

Lately, to compete the Amazon, US big giant Walmart has approached Flipkart in purchasing not more than 30% of its share.  But SoftBank, already owning a 20.8% stake in Flipkart has accepted only to share 20% with Walmart.

If the alliance becomes successful, Flipkart and Walmart together will open a chai of offline stores in India and China.

Founders of Flipkart India, Sachin Bansal, and Binny Bansal left their job at Amazon to start their own companies. They both graduated from IIT Delhi with a Computer Science degree. Moreover, both are from Chandigarh.  It was a huge risky leap for them, as eCommerce was a research topic in India during that period of time. Eventually, becoming one of the loudest successful entrepreneurs in India. Recently, Flipkart acquired Snapdeal for $950 million.

Sachin Bansal, the Executive Chairman of Flipkart. He secured all India rank 49 in IIT JEE. Bansal always aimed to be a professional gamer. Moreover, after graduation, he worked at Techspan company for a few months. Later, joined Amazon. In fact, he gained the Entrepreneur of the year award in 2013.

Binny Bansal was promoted to Chief Executive Officer (CEO). Before working at Amazon, he was rejected by Google twice. In 2015, Forbes named both Sachin and Binny together, the 86th richest person in India with $1.3 million in revenue.

Full Information about the Flipkart India

The Flipkart company is registered in Singapore. Initially, a bookstore, and later with the growth, the company started selling movies, music, mobiles, and other products. As the e-commerce field got popularized and widely used in India, Flipkart also developed itself. Owing to the development, at present, they sell more than 80,000 products of different categories.

Flipkart India currently has 100 million registered users and 100 thousand authorized sellers all over India. By all means, the company invested in 21 states for its art in-house warehouse for timely and better delivery of each product to its customers. To emphasize, about 10 million page hits are attracted daily on Flipkart Website, and 8 million shipments are carried out daily. Its application, downloaded 50 million times.  More than 30000 employees work under Flipkart. Flipkart managed to generate a good revenue of 5.8 US$ IN 2019.

During the initial stages, Flipkart faced many problems like that of Online Payments. As Indians were not sure about its securing during 2007.  Eventually, Flipkart was overwhelmed by launching Cash On Delivery scheme. In fact, Flipkart was the first to bring Cash on delivery option in India. Eventually, grasping Customers’ confidence and Integrity in their company. Then again, the supply chain system of Flipkart ensured timely delivery of products.

Above all, to boost the service and productivity, Flipkart had to acquire many other companies. Especially,  Myntra, eBay India, Letsbuy.com, WeRead, PhonePe, chakpak.com, Jabong, Mime360, Appiterate, FX Mart, and gpay. Currently, Amazon India is being one of the biggest competitors for Flipkart.

Here is the full list of contacts of Flipkart, if you have any complaints so you can contact them on phone numbers, or you can send mail also. Flipkart is an Indian Online Shopping website, So you have to log in to your account first then you can track your order and call to helpline number of Flipkart.

If you want any best offer on Flipkart or any type of discount, you can visit the official page of Flipkart, they are offering many deals every day. and the biggest sale will go on Diwali, Holi, Dashara, and Christmas. They are providing offers at the festival time, you can enjoy the offers on weekends also.

Finally, Some most common and popular products for offers of the Flipkart website.

Who is the owner of Amazon India | wiki

Who is the Owner of Eicher Motors | Wiki