Who is the owner of ShopClues| wiki 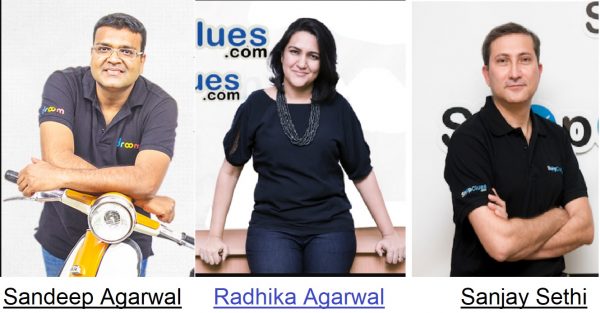 Shopclues, incorporated in July 2011, in Silicon Valley, US. In 2011, Sandeep wrote a business plan. Later, aided by Radhika and Sanjay. Eventually, Shopclues launched with a core team of 10 members. The company is headquartered in Gurgaon, India. The company claims to have 6 lakh merchants and 2.8 crore products being sold. In addition, 32000 pin codes, are being served.

To be noted, Shopclues, a subsidiary of US corporation Clues Network Inc.

Full Information about the ShopClues India

Sanjay Sethi was appointed as Chief Executive Officer in 2013. He is one of the co-founders of Shopclues. Previously he was the vice president of the company. Before Shopclues, he aced as the Global product head of shipping and logistics on eBay. Graduated from IIT Varanasi with a Mechanical engineering degree.

Radhika Aggarwal, co-founder, and CBO of online marketplace ShopClues. She holds over 16 years of experience in the Management field. Before Shopclues, she was a Marketing strategist at Abhivyakti Infotech. Radhika completed her graduation from Maharaja Sayarijao University and MBA from Washington University. Later she worked at Nordstrom, a departmental store in Washington.

Full Information about the ShopClues India

Shopclues developer team, a well-experienced team of members. They hold more than 75 years of combined experience in various areas. Including, the internet, marketing, technology, and retail. Came out of best companies like Microsoft, Oracle, eBay, etc. In the initial stage, Shopclues was a beta version that worked through social media alone.

Shopclues always keeps the low price aim in all their products. Eventually, providing a better shopping experience for their customers. Also, Shopclues makes sure with the merchants for the Genuity of the products being sold. Shopclues does not want to sell duplicate products. In addition, Shopclues renders a better communication channel to make sure the shipping details are properly communicated to the customers for timely delivery without any package loss or damage. Shopclues always focused on tier 2 and tier 3 cities. But recently during the last few years, it saw a dramatic rise in customers from tier 3 and tier 4 cities due to the ‘Jio effect’ they say.

As can be seen, the top competitors of Shopclues include Amazon India, Flipkart, Myntra, Snapdeal, Jabong, etc.

In 2015, they launched a financial platform namely Capital wings, tracking and managing all the fundings of Shopclues. Consequently, in 2016, Shopclues went in joining with Godaddy from more e-commerce websites for their own merchants. Also in the same year, Shopclues acquired Momoe, a mobile banking system. Headquartered in Bengaluru, India.

Shopclues have about 15% share of lifestyle.  And Shopclues is the fourth largest e-commerce giant in India. The demonetization ad GST that made drastic changes in India, has eventually increased the merchants of India more associated with Shopclues for their sales.  Shopclues makes Rs 40 per order they deliver. Shopclues, currently evaluated at a $1.1 billion organization. Moreover, they focus on the need for customers and work according to that.

Thereupon, in 2015, Shopclues awarded the ‘ Coolest start-up of the year’ by Business Today Magazine.

Here is the full list of Indian shopping websites ShopClues sellers support customer care numbers, If you want to contact the number of ShopClues.com, you can see here. There is no toll-free phone number for customer support there is some contact number for care complaints and inquiries of products and information. If you need any Whatsapp number or another number so there are not providing any other social number.

Who is the owner of Idea Cellular | wiki

Who is the owner of DEN Networks | wiki